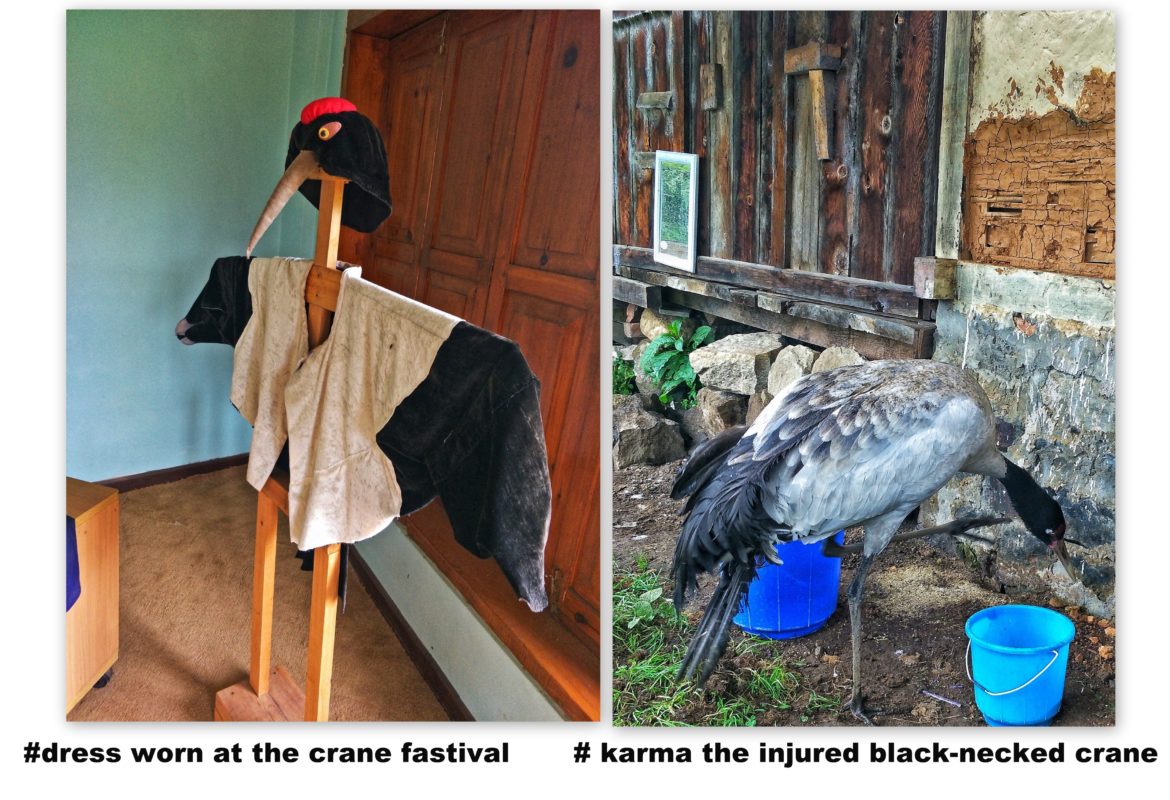 The black-necked crane locally called as the “Thrung Thrung kam” is a rare species of crane which are found in Asia the crane is of medium size and they breed in the Bhutan, Tibetan plateau and India. It is whitish-gray, with a black head, red crown patch, black upper neck and legs, and white patch to the rear of the eye, both the sexes are similar and an adult crane weighs up to 5.5kg and has a wingspan of 235cm (7.8ft). Some populations are known to make seasonal movements.

Black-necked cranes are winter visitors during late October to mid-February to the Phobjikha Valley,they arrive from the Tibetan Plateau. It is revered in Buddhist traditions and culturally protected across much of its range. In Bhutan on the month of November a festival is celebrated by the locals to show case the joy to have the majestic birds in Phobjikha. Phobjikha valley is declared as a protected area by the government of Bhutan and a very strict precautions are taken so that no harm is cause to the crane.

On arrival in Phobhjikha they are seen to circle Gangteng Monastery three times as if practicing kora (“circumambulation”), and repeat this act as they begin their return to the Tibet Autonomous Region in early spring.

When you travel to Phobjikha you will get to see Karma the injured crane in the black-necked crane visitor center,Karma, was found in lower valley in the afternoon of 6th January 2016.  It is believed to be injured by dog bites,the bird was severely injured with its left wing unable to move. Today the crane is healthy but with a damaged wing is unable to fly hence is looked after by the local crane protection center.
“Come visit Bhutan now is the time to see the majestic crane in the phobjikha valley”

Tips to Visit Bhutan by Considering the Seasonal Attractions